HomeGADGETSWhy Apple One Is Changing The Subscription Market Forever
GADGETS

Why Apple One Is Changing The Subscription Market Forever 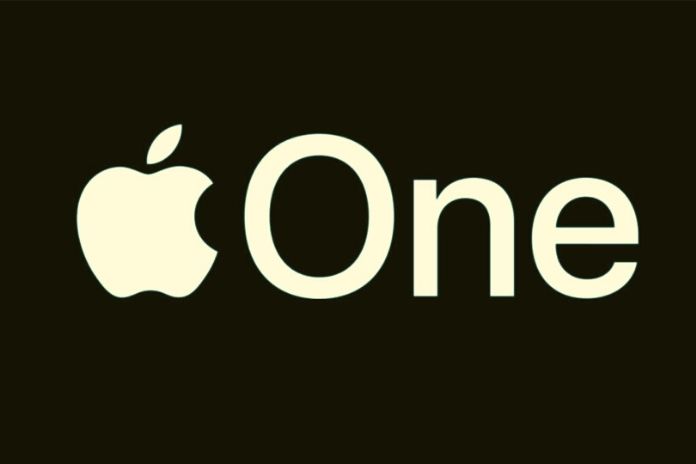 Apple One: In September 2020, Apple presented two new iPads and Apple Watches, and a new subscription model at its event. Apple One is supposed to put together a package of several services – and could thus change the subscription market in the long term.

The Apple event in September 2020 is history. Apple initially introduced two new iPads at the conference, one of which replaces the standard iPad 7 with the iPad 8. The device comes with an A12 Bionic processor, which claims to work 40 percent faster. For the first time, the simple iPad also has a neural engine that analyzes usage patterns and learns independently from experience.

On the other hand, Apple also introduced the new iPad Air 4. It looks a lot more like the iPad Pro and scores with a 10.9-inch retina display. The device also has a USB-C connection and Touch ID.

The home button is now on the upper edge of the housing instead of below the display. And instead of the A12-Bionic, the iPad Air 4 works with an A14 processor and a Neural Engine with 16 cores. This means that the iPad Air 4 is likely more powerful than the current iPad Pro. Both devices are equipped with the new operating system iPad 14, which will soon be available for all users to download free of charge.

Apple has also introduced two new smartwatches: the Apple Watch Series 6 and the affordable entry-level Apple Watch SE. Nothing changed in the design of the watch. The Series 6 comes with either a new red or blue aluminum housing. More interesting is that Series 6 can now measure blood oxygen saturation. It is equipped with a new sensor that uses red and infrared light.

The measurement lasts 15 seconds and should also run in the background during inactivity. The new smartwatches bring several other functions with them. Apple presents them in more detail on its website. However, we now want to focus on another innovation: Apple introduced a new subscription model that could change the market forever.

Apple One: Apple Puts Together A Subscription Package From Several Services

It’s called Apple One and is supposed to bundle the music streaming service Apple Music, the video-on-demand service Apple TV Plus, the games platform Apple Arcade and iCloud. The subscription package will come in autumn 2020. The company has not yet given an exact date.

Apple One will then be available in two different models for individuals and families. The former includes the Music, TV Plus, and Arcade services and 50 gigabytes of iCloud storage space. That makes a saving of six euros per month for users who have subscribed to all four services. The family model includes the same services and 200 gigabytes of iCloud storage space. This subscription bundle can then be shared with up to five other people.

Apple One Premier Comes Among Other Things In The USA

Apple also offers Apple One Premier in the US, Canada, Australia, and the UK. This model includes the flat magazine rate “Apple News Plus” and Apple’s new fitness service “Apple Fitness Plus.” The iCloud storage space is also larger at two terabytes.

After all, both Apple News Plus and Apple Fitness Plus are only available in some English-speaking regions so far. To convince users of the new model, Apple also wants to offer a free month for all services in the package that users have not yet subscribed to. Apple One should also be changeable and terminable at any time.

Can Apple One Permanently Change The Subscription Market?

The advantage of the Apple One is the lower price and that users have access to any subscribed service on all devices. However, as always, Apple has a catch for users: the subscription bundle is explicitly aimed at Apple users. For example, the family subscription cannot be flexibly shared with Android users. Seen in this way, Apple insists on winning new customers as well. The model itself could change the subscription market in the long term.

Let’s imagine Spotify and Netflix, for example, having a cheap subscription model. If the most popular streaming services for music and series and films merged, many users would undoubtedly buy a corresponding bundle. Corresponding corporations may arise in the future – provided the relevant companies are willing to work together.

Apple, Please Give Us More Freedom!

Of course, Apple does not have to overcome this hurdle. The company combined all of its in-house services into one bundle. However, it would still be desirable to have the freedom to put together a bundle yourself. Because users certainly use Music and TV Plus, for example, but cannot do anything with the Arcade games service, a correspondingly thinner package would be ideal for them.

However, Apple undoubtedly intends to give users a taste for services that they have not previously considered with the prescribed bundle. So we can wait and see whether the company will introduce more variants or stay with the individual and family bundle for all services for the time being.

ALSO READ: Phishing: The Human Factor Is The Most Significant Risk