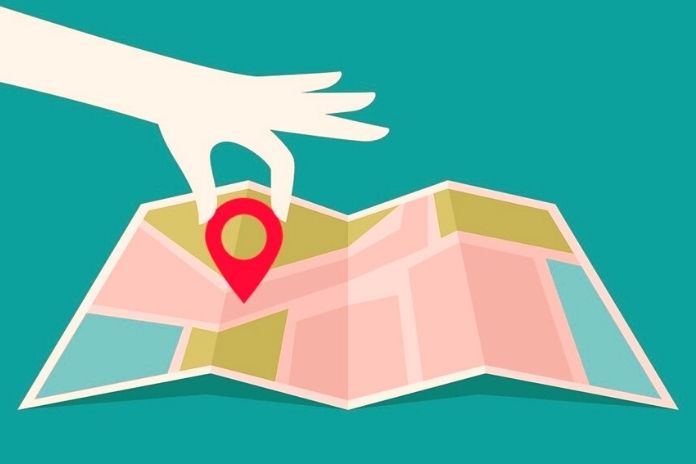 Google Maps. there’s a problem: The hack wouldn’t work at all under normal circumstances. It’s probably the Google Maps hack you, didn’t know about and that tech magazines didn’t cover until recently. The Berlin artist Simon Weckert discovered it.

In a video, he shows how, with a small red cart and 99 smartphones, you can trick the app into making the streets car-free yourself. At least in theory.

The hack is relatively simple – once you get the hang of it. Weckert took 99 smartphones and activated Google Maps on all devices. Then he packed the cell phones on a red cart and pulled them behind him on a Berlin street.

As viewers, we see the following: A man walks on a nearly car-free street and pulls a cart behind him. But Google Maps interprets this: 99 cars are moving damn slowly on the street. So there must be a traffic jam. Accordingly, you can see how the road in Google Maps changes from “green” (no traffic) to “red” (traffic jam) as soon as Weckert drives along with it in his small car.

This Is How Simon Weckert’s Google Maps Hack Works

It has to be said that Weckert carried out the campaign some time ago and deliberately waited until the 15th birthday of Google Maps to publish it, of course, to achieve maximum media effectiveness. The artist admitted this in an interview with the FAZ. Some of the smartphones he had borrowed were from an event company and some from friends. They all contained activated SIM cards and the Google Maps route function.

That’s why the trick worked. Because other drivers also receive current traffic jam information via the app. As a rule, they will then avoid this road, or the navigation system will already redirect them to a “congestion-free” route.

The Little Catch On The Project

So you could theoretically use this trick to ensure car-free streets. But there is a catch. After Weckert’s hack even made international headlines on CNN or the Washington Post, some experts noticed the trick’s problem.

This is how the whole thing works on a traffic-free street. But as soon as a real car drives on the same street, Google Maps recognizes the cheating. The algorithms then notice immediately that something cannot be right. If, for example, a few cars are driving along the same road at a normal speed in addition to the cart smartphones, they will, of course, also send a signal to the app.

For the algorithms, this means the following: Slow technology cars can have many reasons, but fast cars mean no traffic jams. Accordingly, this information trumps the traffic jam trick. Google Maps would no longer show a traffic jam, even with 99 smartphones slowly dragged out.

Simon Weckert also confirmed that he mainly focused on streets with little traffic for his performance. This trick can only be used to ensure car-free streets to a very limited extent – and only if there are no cars on the road or only those that do not use Google Maps as a navigation system.

Does Navis Control Our View Of Reality?

But for Simon Weckert, it was not necessarily the goal to ensure car-free streets. Rather, the artist wanted to draw attention to how navigation systems influence how we perceive the world and the space around us – and react to it.

We normally assume that what navigation systems show us corresponds to reality. But Weckert’s self-experiment also shows how easily digital applications can manipulate our perception of reality.

At the same time, however, it must also be said that very few drivers drive around the city with the idea of ​​tricking their navigation system. In most cases, the systems show the reality on our roads.

ALSO READ: Activate Alexa? It Happens So Often Through Netflix And Co.