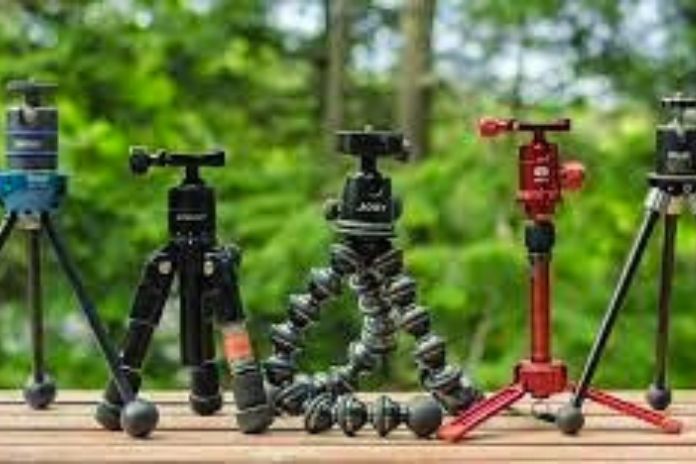 With your smartphone always in your pocket, it is now impossible to find yourself unprepared to photograph the perfect moment or moment. Still, sometimes it can be difficult for various reasons: light, number of people to include in the shot, or photographic composition. In some of these cases, a tripod becomes a precious ally. Thinking as one is tempted to do when you have an iPhone in your pocket that a tripod is of little use is wrong. Here are some reasons why you need to use a tripod

A Tripod When There Is Little Light

Many of us will be tempted to think that the kickstand is no longer needed since the latest iPhones practically all have night mode. It’s not like that. Even from iPhone 11 Pro onwards, this technology allows you to take excellent images “handheld,” when used with a tripod, it offers many more opportunities and higher quality.

For example, with a tripod, it is possible to photograph the starry sky or (worse) to depict the movement of the stars. In this case, the image will inevitably be moved or, in the case of the direction of the stars, it will only be possible to keep the electronic shutter of the iPhone open for a long time to be compatible with our creative needs. When the iPhone “feels” that it is on a tripod, it takes the exposure up to 30 seconds.

At the same time, if you take a photo in night mode with an aperture of more than one second while holding the iPhone, there is a high probability that the image will be blurred or blurry. This is all the more unsatisfactory when you intend to print a photograph taken at night.

Using a tripod, taking pictures in manual mode is possible without resorting to night mode. The sensitivity of the “film” is reduced, the aperture time is increased, and better photos are obtained. But only with the tripod in this situation is it possible to always take detailed images without the smudges that derive from hand movement.

A Tripod Instead Of Taking A Selfie

We must remember a second function of the tripod: take a picture in which we are too. Even if many use the iPhone using the now excellent front camera, the quality is often poor due to the reduced distance (which remains so even with the new wide-angle mode), the difficulty in imposing the shot, and also the impossibility of adequately photographing the background by placing the correct distance between us and the lens.

A selfie stick (which increases the distance between the phone and the subject) is often needed to remedy all these problems. In addition, a selfie stick becomes useless even for achieving the minimum goal when there are more than four or five people in the photo. Taking a photo of yourself with a tripod requires the self-timer, but the iPhone (and, of course, all Android phones) have this feature.

A Tripod For Time Lapse

The tripod is essential when you want to make a time-lapse movie. Let’s talk about that mode that allows you to represent something that happened over a longer time in a few seconds. This is the case, for example, of a sunset or the blossoming of a flower. Technically it would not be impossible, and often it would not produce bad results even with a “manual” shot. Still, given that the time-lapse requires that the same subject be framed for tens of minutes, the tripod is indispensable.

A Tripod For Panoramic Photos

Even for panoramic photos, the tripod can be handy. Yes, we know that an automatic function makes the iPhone do all the complicated work of putting the shot together and creating a panorama of excellent quality. Still, the reader also knows that in some cases, the hand swinging up and down only sometimes fits perfectly on the same axis resulting in photos cropped by the software at the top and bottom (to eliminate non-overlapping areas). Using a tripod, you can take pictures which can then be modified and added to each other using ad hoc software.

Which Easels To Buy?

There are now hundreds of easels on the market, and Macitynet, over the years, has had the opportunity to try more than one, evaluating the functionality of each of them. The choice is complex because they all look the same. In reality, each has its own peculiarities and is aimed at different users and uses, but there are some characteristics to consider that apply to everyone.

Some of these peculiarities cannot be evaluated in online purchases. To give you a hand, below, we point out the best assets regarding tripods for iPhones and smartphones.

Those looking for something to put in their pocket could evaluate the purchase of Manfrotto MTPIXI-B (26.99 euros), more commonly “Pixi,” a mini-tripod that was created for compact cameras but which can also be used for the world of smartphones thanks to a universal attack which is sold by Manfrotto itself also bundled with the tripod itself. The Pixi is versatile, stable, and adaptable and has a remarkable (for the size of the device) ball head.

In practice, it responds to all the characteristics that a tripod like this should have. It is not the cheapest, but it is undoubtedly the one we would like to recommend more than others if you want a traditional accessory that can also be used with a mirrorless. It should be noted that it can also be used as a grip for video shooting.

The strength of all GorillaPods lies in the possibility of tying them to pipes, chairs, tables, branches, handles, chandeliers, and wherever there is a practical handhold. This mini-tripod (here you can see how it works) is equipped with articulated legs covered with rubber rings explicitly designed not to slip even on the shiniest post of the road sign.

It has an extendable clamp to hold onto the smartphone, which eventually unscrews to reveal the classic 1/4″ screw attachment. Therefore, a compact camera can also be blocked for those who wish. In this version, GorillaPod Starter Kit, the cheapest and most universal, you will find a universal smartphone clamp, a GoPro connection, a flashlight connection, a quick plate connection, and a standard 1/4 “-20 camera connection.

Those with one of the latest iPhones (from iPhone 12 onwards) can tack on the  JOBY GripTight GorillaPod MagSafe. It is part of the GorillaPod family, which makes it compatible with the Magsafe. If you need to trust the magnetic system more or you have an iPhone without Magsafe, you also have the classic jaw available that solidly blocks the phone.

Note that the support allows a 360 ° rotation and quickly switches from horizontal to vertical framing. Two sides and 1/4 screw connections will enable you to mount other accessories. The GorillaPod Magsafe is sold in two versions: without the actual GorillaPod kickstand and with the kickstand.

Let’s talk about Joby again with the  Joby GripTight PRO. It is a perfect tripod for every use, perhaps the most flexible smartphone tripod on the market. It offers four modes:  hand grip, extended grip, tabletop tripod, and tripod. It can support mirrorless, compact, 360-action cameras up to 1 kg and a smartphone. It’s not very tight ( 34 when closed), but it stretches to 79cm with legs that fit in 3 positions for better stability, for high-quality photos and videos perfect for social networks like Tik Tok.

A telescopic rod is an excellent solution when the selfie is the main objective. Even if not cheap, the iKlip Grip by IK Multimedia could make a difference among the many on the market. Solid and robust, with an excellent grip ( as you read in our review ), this selfie stick offers a ball head at the end that allows you to direct the inclination of the smartphone better and is sold together with a Bluetooth remote control accessory for taking pictures remotely. It should be noted that the iKlip clamping system can mount iPhones and Smartphones up to 6″ diagonally with high protection of the device thanks to rubber protections at the top, bottom, and back of the coupling.

If you want a real tripod with the typical height of camera tripods, which was essentially created for smartphones, you should look at the Fotopro tripod. This is another company specializing in tripods, such as Manfrotto or Joby, which here expresses itself as a product “for photographers” also suitable for smartphones.

This moel, we point out, remains very compact (25 cm) but rises to 105 cm when the eight pieces of the telescopic legs are extracted. It weighs 390 grams but includes a  3-way panoramic head with level, orientation management knob (also vertical), and quick-release plate with a 1/4 inch screw. Holds up to  1KG of weight. There is also a Bluetooth remote control in the box.

In the “cheap but good” series, we recommend the  Gratin Selfie Stick 3-in-1, a kit that includes a selfie stick complete with a clamp to block the smartphone and a system that, if fixed to the base, allows you to transform it even on a handy tripod. It has a Bluetooth remote control incorporated in the handle for remote shooting but, as mentioned, it proves to be very practical when you want to combine the selfie with the possibility of a self-timer even from a distance, permanently locking the smartphone on the accessory mounted in tripod mode.

This tripod from Neewer (a great specialist in photography accessories) is more than just a tripod. It integrates a ring light with a 48cm LED, perfect for portraits and indoor photos. In the kit, you will find the 18″/48 cm 55W 5500K external LED ring light, the 61″/155 cm light support, a soft tube and a set of white and orange colored filters, the hot shoe adapter with ball head, the universal power adapter with plug, the smartphone holder and a carrying bag for the ring light. The 155cm light stand is made of aluminum alloy, and the soft tube makes the light rotate freely for the best position.

The switch is a particular kickstand starting with the materials and ending with the shape, passing through the functions. It is a hybrid between a handle and a tripod that was born essentially for the world of video and for those who use a DSLR camera. It is made of sturdy aluminum; when unfolded, it is a tabletop easel, perfect for a slightly elevated surface; when folded, it acts as a shooting pole. It is neither small nor exceptionally light, but its simplicity makes it a perfect and highly coveted tool for Vloggers and Youtubers. It is certainly not cheap, but the quality is guaranteed.

The  Zhiyun Smooth 5 is a tripod only at the end… of things, but it deserves to be mentioned because it is a fascinating hybrid for the final cost. Basically, and before anything else, it is a Gimbal, a perfect tool (as we also explained in our review) for making stabilized video footage. In its category and its price range, it has very few rivals.

As a tripod, it is perhaps a bit exaggerated; buying it for this would be like buying a hunting rifle to kill a fly, but in the end, it does its job perfectly. It allows you to take videos and selfies, making the phone perfectly stable. So if you want a Gimbal first of all but also an accessory for the self-timer or to stabilize footage and photos, this is the choice you have to make.