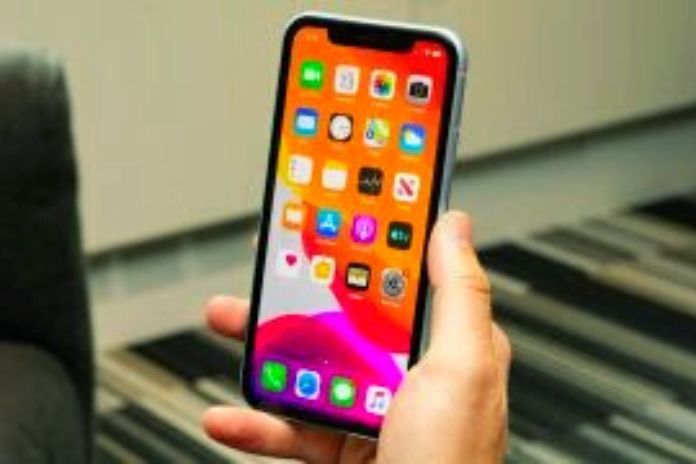 Writing on touch devices is always a reasonably critical phase for those who cannot see or see very little. The regular operation for writing generally consists of looking for the key corresponding to the character you want to insert on the keyboard so that VoiceOver can vocalize it. Once found, release your finger, and the character will be inserted. This happens if you set the typing mode to touch.  You can also choose the mode which involves searching for the key to press on the keyboard, which must then be confirmed with a double tap.

This mode is called “standard typing.” The writing process is thus prolonged, and it often becomes difficult to keep attention on what you are writing the more extended the text you want to insert is. There would also be a direct touch mode that allows you to enter the character as soon as the key is touched. However, for blind people, this requires excellent muscle memory because you have to hit the character you want to press on the keyboard without fail.

However, there is a mode that suits a blind person much more, which allows you to focus more on what you have to write rather than looking for the keys on the keyboard; I’m talking about the Braille input mode. For several years now, a writing mode has been introduced in IOS that allows you to use the phone a bit as if it were a braille dactyl, allowing you to type the characters in this alphabet.  Being a keyboard, the blind will type a character in the braille sequence made up of dots, which will be interpreted by the system and inserted in the text field in their corresponding alphabetic form.

This assumes that the user who uses this mode knows the Braille alphabet, a fundamental characteristic of being able to use this mode. But it can also be seen as a stimulus for those who know it approximately to develop it and reach a writing speed, and a comfort in this phase that is truly priceless, and which will allow you to use your smartphone also to take notes, answer in an articulated way to email, but above all to make the typing experience much less stressful.

How Do You Enable Braille Input Mode?

The braille input mode is already on-board on all iPhones equipped with IOS 8 or higher. Just go and configure the addition of this writing mode in the rotor and then use it as needed.

To insert it in the rotor, from IOS 13 onwards, go to:

On the screen of the items that can be entered in the rotor, there is also the possibility to rearrange the various items according to your tastes. I suggest moving the Braille input entry on top of all the others, making it the first. This will significantly speed up the transition from writing mode with the standard keyboard to braille input mode, avoiding wasting time looking for the latter in the rotor.

Once the braille input mode is entered in the rotor, it will be sufficient to behave normally in the field where you want to type; double-tap to activate it so that the classic keyboard appears on the screen. Now rotate until you hear braille input. From now on, it will be possible to write in braille, and everything typed will be entered in regular characters in the text field that was focused. Suppose you have had the foresight to place braille input as the first entry of the rotor in most cases.

In that case, it will be enough to make a single clockwise rotation to find the braille mode and have it immediately available. Once the insertion is complete, rotate the rotor to any other position that is not Braille input, or make the classic Z gesture with two fingers to exit Braille writing. If you touch the text field you wrote at this point, it will verify what you entered previously using the braille mode.

Once you enter braille mode, you can use two modes:

The input mode is automatically detected by the phone, depending on how it is placed. The tabletop mode will be chosen if you place it on a surface with the screen facing up. If you place the phone between the two palms holding it on the short sides of the same, with the screen facing away from us, the mode away from you will be chosen. Either way, VoiceOver will announce which mode is currently active.

While typing, you may unintentionally pick up the phone with your fingers slightly moved or the dots move in turn. This will affect the typing phase, not allowing correct operation. However, it is always possible, at any time, to recalibrate the points to make sure that they coincide with the hold being made at that moment. To recalibrate the points, proceed as follows:

The points will only be calibrated if Voice Over recites the phrase after this maneuver: the position of the points has been calibrated. Something that has nothing to do with it will probably be written, and you will not hear the phrase successful calibration. Once the points have been recalibrated, you can go back to writing usually, and you will immediately see a marked improvement in the typing experience.

Feedback As You Type

As you type, Voice Over speaks what you type. You will be able to change this preference from Voice Over / Typing settings. Under the Braille Input Screen heading, you can select from:

It is possible to modify all the commands seen up to now from the latest IOS versions. Go to the Voice Over settings menu, commands, and braille input. Here it will be possible to customize the commands according to your tastes. I reassigned the gesture of sliding three fingers to the left to delete the last word entered and the gesture of three fingers to the right to go to the head.

We are not well aware of when this feature was introduced from the latest releases of IOS. It is also possible to modify the text entered by moving between characters, words, and lines, thus going to correct or insert words without the need to interrupt the Braille input, disengage with the various navigation options in the rotor, look for the point where to insert or correct, and again enter braille input mode to insert text or, in general, make corrections. This feature is available on IOS 16, and it is also available on IOS 15. Eventually, those interested in this mode can try the commands we will expose below.

Without ever taking your finger off the screen, we will have the following commands available:

When we are selecting in one direction, if we suddenly reverse the direction, what we have selected will be progressively deselected. This is the same behavior we have on computers, holding down the shift and moving with the right arrow. For example, we will select. If we suddenly press the left arrow, we will go back, deselecting the selected text to the starting point. After that, continuing backward, we will continue to select from the starting point but to the left.

However, the behavior is like on the computer; among other things, Voice Over will announce if a text unit will be selected or deselected. It is important to remember that from the moment we place a finger on the screen to enter exploration mode, the initially placed finger must always remain on the screen. In contrast, with the fingers of the other hand, we can perform the gestures described above to navigate in the text or select portions.

If we take our finger off the screen at this point and resume regular typing, we’ll insert characters at the new location where the cursor has been moved. If the text were selected, just like on a computer, when you start typing, that text would be deleted and replaced by the newly inserted character. Removing your finger from the screen causes the phone to return to writing mode, and we will no longer have the navigation commands available.

To explore the text or select it, it will be necessary to activate the browse mode again by placing a finger on the screen and keeping it for the duration of the navigation/selection operations. Warning: the navigation and selection gestures work in the opposite direction; if you perform a two-finger flick from left to right, the cursor is moved backward in the text and not forward as you would expect. On the contrary, the flick from right to left will instead advance in the text. This is only valid in the “with screen not facing you” mode.

Finally, a consideration: in the customization section of the braille input commands, there are free gestures, such as those with four fingers or those of horizontal scrolling with three fingers, that activate or deactivate the contracted braille, which is not used in Italian. If cut/copy/paste functions are reassigned to these commands, it becomes possible to edit a text without having to exit the braille input mode. Like all things, you have to get carried away and get used to using them, metabolizing them, and making them your own to be masters. But I appreciated this feature very much, which IOS needed to improve.