HomeGADGETSiPad Pro 12.9 M2 To The Test, Our Impressions
GADGETS 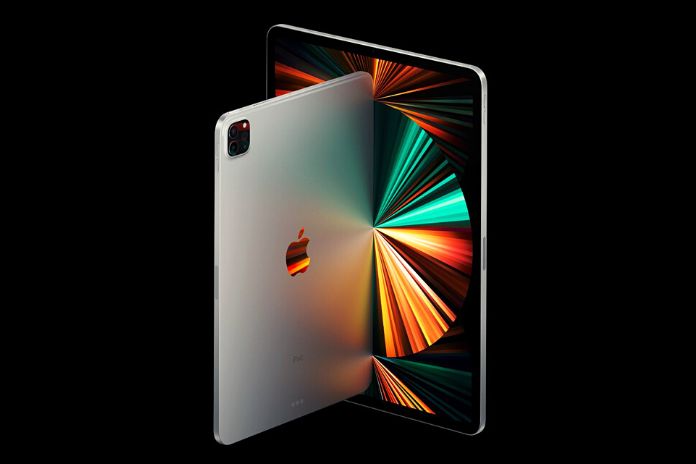 Strange fate, that of this iPad Pro 12.9 with M2 processor. We got it right away because it is the most powerful computer of this generation of iPad. It has all the features to be a real bomb (and indeed, it is). Still, it was almost ignored simply because it is an update of the previous iPad Pro M1. This, in our opinion, is a massive mistake of perspective. Of course, if you own an iPad Pro M1, taking another virtually identical tablet doesn’t make sense. But the reasoning must be aimed at those who do not have an iPad Pro and want to buy the maximum available on the market. That maximum absolutely must have an M2 processor, and Apple has done the right thing to put it in without wasting time revamping a design that is bound to change, but not this year.

The new iPad Pro 12.9 M2 that we have on test is identical to our previous one with M1 except for the processor. M2 for iPad means CPU with four performing cores and four for efficiency, GPU with ten seats and Neural Engine with 16 cores. Furthermore, the memory (8 or 16 GB) has a bandwidth of 100 Gbps. These are substantial changes compared to the previous M1, which has a similar formal count of cores (CPU 8, GPU only 8, and NR 16) but does not have the same bandwidth. In addition, the M2 SoC media engine allows you to do many more things: H.264, HEVC, ProRes and ProRes RAW with hardware acceleration; video decoding engine; video encoding engine; ProRes encoding and decoding engine.

Battery performance is the same, with at least a fifth of performance improvement. The other novelty, which depends on the M2 chip and the software, is the Apple Pencil operating mode without contact; that is, it moves one centimeter and a few millimeters above the text, leaving a halo that the different software use for other functions ( brushstroke preview, watercolor effect etc.). The rest is all the same up to the weight and dimensions, which are identical. It is one of the cases in which one cannot complain that Apple has not messed with the compatibility of accessories, especially the covers, since the keyboard with integrated support costs 429 euros.

One of the reasons to buy this iPad is undoubtedly the processor, which, backed by enough memory, is a bomb. But the display is the other reason: it does not change compared to the one with M1, but it is worth remembering how it is made. Liquid Retina XDR with 12.9 ″ (diagonal) mini-LED backlit Multi-Touch with IPS technology, 2732 × 2048 pixels at 264 PPI, maximum SDR brightness at 600 nits, maximum XDR brightness: 1000 nits full screen, 1600 nits peak (HDR only ), ProMotion technology, P3 (wide color gamut), True Tone.

On The Road For Now

Putting this iPad on the road in the one terabyte SSD configuration is thrilling. The tablet is a real full-fledged computer. It weighs 684 grams more than the keyboard (it is almost a paradox, but it weighs slightly more than the iPad: 710 grams), is a total of 1 Kg and 394 grams, but a MacBook Air M2 weighs “only” 1 Kg w 240 grams. In everything we have made it do, it has impressive performance. It is an ultra-compact and highly balanced workstation if it can be used in a production chain that allows you to exclude traditional computers and take advantage of the hardware features and the iPad operating system.

It is undoubtedly a half-disappointment that the iPad Pro still has a 2018 design and that the device does not benefit from some features that the new 10th generation iPad has received, such as a horizontal FaceTime camera and a Magic Keyboard with function keys. The latter is undoubtedly a function appreciated by those who often write and programmers, for example, who use the function keys (and the Esc key) more frequently than most other users.

What Do We Think

The limitations of iPadOS are slowly refining, and some argue that there will be significant advances, such as bringing iPadOS closer to macOS within a year or two. Of course, for now, iPad Stage Manager, the new manager of the multitasking interface environment, is not yet ready to make a difference compared to other types of approaches, such as the traditional one of overlapping windows on Mac and Windows. However, this iPad has all the right features and functions to keep going with what it has had available for a long time, despite the design from four years ago. The addition of the pen that “touches” the screen to activate images, such as the preview of the effect of a drawing, is considered by those who carry out artistic works a notable change and, waiting for Apple to present an iPad Plus for those who need less power and low cost but of a big screen, this is the best solution for digital artists.

Furthermore, with the arrival of other video and photo production software and the possibility of purchasing a model with even 2 Terabytes of space, the “large” iPad Pro has also become a tool for photographers’ productivity in the field. And video makers who can count on essential budgets and need the highest quality and versatility. This iPad Pro 12.9 M2 is the tool on which we would feel we can count if we were to carry out a photographic set with high-quality devices (which produce raw files of 100 and more megapixels). We needed the maximum autonomy, flexibility, and quality the iPad could deliver.

The new iPad Pro 2022 can be ordered from October 18 through the Apple Store app in 28 countries and territories; it will be available in stores starting Wednesday, October 26. The new iPad Pro 11 “and 12.9” will be available in silver and space gray with 128GB, 256GB, 512GB, 1TB and 2TB capacities starting from 1069 euros (VAT included) for the WiFi model and from 1269 € (VAT included) for the WiFi + Cellular model.