HomeTECHNOLOGYGantt Chart: What It Is And How To Use It For Planning
TECHNOLOGY

Gantt Chart: What It Is And How To Use It For Planning 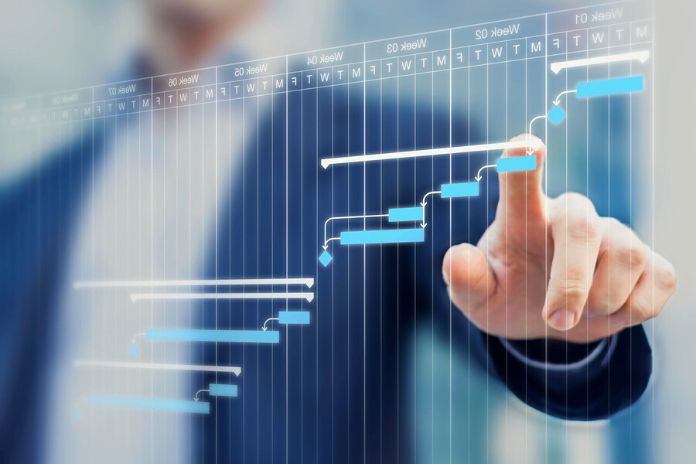 The Gantt chart is one of the best-known and most-used charts. The merit of his fame is his versatility and help in managing many projects in many different fields. In this article, we will analyze in more detail what a Gantt chart is, what it is for, its advantages and disadvantages and an example.

What Is A Gantt Chart?

The Gantt chart is a handy tool for representing and graphically visualizing the timeline and progress of a project. It is, in fact, a horizontal bar graph that offers the whole team an overview of what has been done, how much is still to do, who is in charge of it and when.

Each bar represents an activity, while the length of the bars indicates the time required to perform that activity. Its graphical nature makes it easy to understand the workflow, and a dynamic diagram allows each member to visualize their responsibilities and the impact of their work on the whole project.

What Is A Gantt Chart For?

A Gantt chart gives indications to Project Management on the activities carried out by each member of the team and on the work to be done to achieve the final goal. It is beneficial both in the initial phase of the process and in the execution phase.  It helps to break the project into smaller tasks and monitor the dependencies between them, ensuring that priorities are met and that the next job does not start if the previous one is not finished.

The initial phase facilitates planning by defining the timeline and the dependencies between the activities to be done, assigning resources and estimating the times.  In the execution phase, it gives an overview of the progress of the works and is very useful when several projects are being developed simultaneously.

This is because it helps set realistic timescales, thus ensuring that other resource-intensive tasks in terms of personnel and time are maintained. But the usefulness of the Gantt chart is broader than the more operational aspects. It has a whole host of side benefits. First, it facilitates communication as it updates the entire team on the status of the work.

This allows you to optimize your time by reducing alignment meetings. Then, incentivize the team to work more productively to meet deadlines, as everyone is more aware of their work and delays’ impact on the entire project. In general, using a Gantt gives greater flexibility to the whole project because it allows you to adapt activities and resources to sudden changes that can occur at any time.

Who Invented The Gantt Chart?

The concept behind the Gantt chart was formalized in the early 20th century by an American engineer, who developed it to describe production planning and resource loading in factories. In reality, a very similar concept had already been theorized at the end of the 19th century, also in Eastern Europe, by the Polish engineer and researcher Karol Adamiecki.

In 1996 Adamiecki invented a new way to visualize independent processes to improve the visibility of production schedules. In 1931 he published an article describing his diagram called her monogram.

However, since he had published his works in Polish and Russian, languages ​​little known in the English-speaking world, in the meantime, a similar method had also been popularized in the West, that of Gantt. Initially, Gantt charts were more like tables rather than the graphs we’re used to seeing today; plus, they were drawn by hand and were manually reviewed whenever something was changed.

The Elements Of The Gantt Chart

Gantt charts can be used for any project, but regardless of the scope of application, all charts are composed of the following elements:

The Disadvantages Of The Gantt Chart

When you use a Gantt chart to manage a project, be aware that it requires some effort and can have limitations in certain circumstances. For example, a large project with many team members involved could even include hundreds of tasks. The result would be a complex diagram whose visualization would suffer and require some effort to understand.

Furthermore, to work, the diagram must be updated constantly, with precise, detailed and timely corrections that require a certain level of commitment. Finally, we must not forget that the Gantt chart is only handy when you have a precise idea of ​​the final result and what you need to do to achieve it. Therefore the first rule is to have clear objectives.

An Example Of A Gantt Chart

To create a Gantt chart, you need to start from the data, starting with a table where you list all the activities, the start and end dates and the time required to complete the tasks. In the example table below, the columns read:

At this point, it is possible to create a diagram considering the columns relating to activity, starting day and duration. The graph will look similar to the one below. This example was created with Excel, which, as mentioned, is often used in these situations.

However, even in this simple example, it is evident that a diagram made in this way has limitations. For instance, you can’t assign tasks to people, it’s not easy to edit, and it doesn’t immediately show the dependency between tasks.

With CyberPlan RSP, you can manage projects with all the advantages of a specific, easy-to-use Project Management software. The intuitive graphics, the numerous graphs, alarms and KPIs allow you to constantly be updated on the progress of the projects and monitor their progress.

The software works both independently and by integrating with management or Excel spreadsheets. It helps users involved in processes to make decisions and plan activities automatically or manually, respecting priorities and the availability of shared resources.

Read Also: Backup: What It Is, What It Is For And Why It Is Important