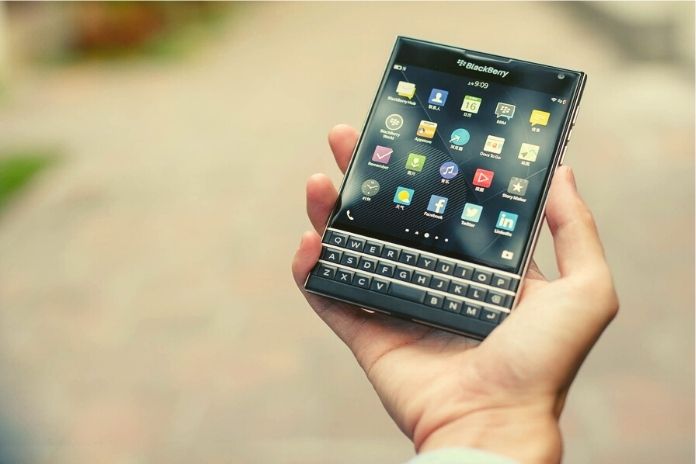 The Canadian software manufacturer Blackberry will switch off its in-house operating system on January 4, 2022. As a result, many Blackberry smartphones will no longer work immediately. About the end of the smartphone era.

With a view to the technical standard of current smartphones, it was probably only a matter of time before the former mobile phone giant Blackberry said goodbye to the ranks of mobile phone manufacturers.

While competing companies like Apple, Samsung, Huawei, and Co. bring new models onto the market every minute and try to outdo each other with technical details, the Blackberry has slowly faded into the background.

Out For The Classic Blackberry Operating Systems

In an official statement, the Canadian software manufacturer announced that from January 4, 2022, classic Blackberries with the operating systems Blackberry 7.1 OS and older, Blackberry 10, and Blackberry Playbook OS 2.1 and older would no longer be available.

Devices with these operating systems can no longer access essential functions immediately. According to the manufacturer, services such as the connection to WiFi, phone calls, SMS, and the emergency call function will no longer work appropriately.

The Keyboard Era Is Coming To An End

When there were no smartphones, Blackberry was considered to be the pioneer of cell phones. When it was launched in 1999, the company was way ahead of its competitors.

In contrast to other mobile phones, users could type and then send emails on the – admittedly small – Qwerty keyboard inside. This email push service made the phone the perfect business device and revolutionized cell phones in everyday business.

Apple Shoots BlackBerry From The Market

At the end of 2012, after a decade and a half of hard work, the keyboard smartphone was pushed from the throne by the iPhone. In 2021, only around 200,000 Americans were still using the device.

In 2015, the Canadian provider tried a comeback with the BlackBerry PRIV, which worked with Android. However, this model did not become a bestseller either. Therefore, the company subsequently decided to license the brand name to the smartphone manufacturer TCL.

Blackberry Only Invests In Software

With the steadily falling sales figures, the Canadian manufacturer converted the company and withdrew from the smartphone market. Today the company focuses primarily on security software for businesses and governments worldwide.

Incidentally, all Blackberrys with an Android operating system will still work after January 4, 2021, and will not be affected by the shutdown.

While Blackberry drops the curtain, another smartphone receives unexpected attention. In the new Netflix blockbuster “Don’t Look Up,” a futuristic-looking mobile phone is always the focus: the “BASH LiiF.”

Thanks to the presentation by the exaggerated billionaire Peter Isherwell (Mark Rylance), the smartphone initially looks like a fantasy of the future. For example, the device can recognize the users’ feelings in the film.

Surprisingly, however, this is not a technology of the future. At least the exterior design is based on the existing RED Hydrogen One.

Renaissance For A Slow Shopkeeper

However, the RED Hydrogen One did not achieve a breakthrough when released in 2018. It was too expensive, and its features were incompatible with cell phones from other manufacturers. The supposedly best quality: A “holographic” screen with 3D functionality, which also tended to cause uneasiness among users.

So although a historic mobile device has left the ranks of smartphones, there is hardly any time to mourn in the face of competition in the mobile communications industry.

ALSO READ: Can You Teach Yourself To Program?