HomeTECHNOLOGYDo You Remember When We Took Photos With The Polaroid Camera?
TECHNOLOGY

Do You Remember When We Took Photos With The Polaroid Camera? 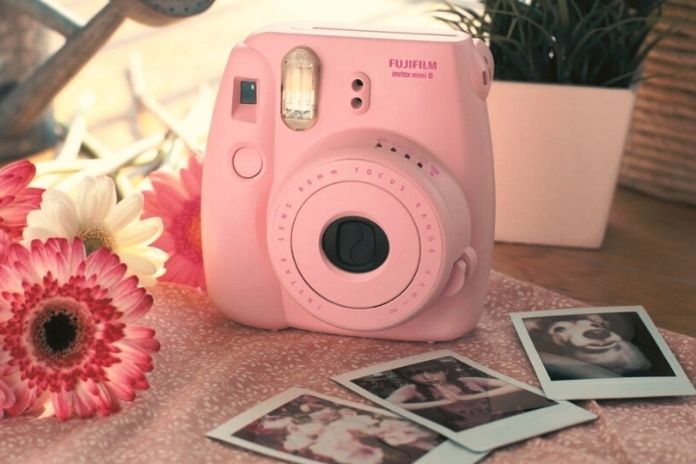 Polaroid Camera: Yes, there was! time before smartphones, WiFi, & Google, when we still had cell phones with buttons & listened to cassettes. In our nostalgia series, we at BASIC think about remembering those “old” times – sometimes with sadness and sometimes with relief that technology has advanced. This time we recognize the Polaroid camera.

I can still remember my very first Polaroid photo very well. My father proudly brought home the new Polaroid camera and wanted to demonstrate how the technology worked. To do this, he took a photo of my mother and me. A flash of lightning. Whirring. Then the big surprise. A few seconds later, an image came out of the camera below.

At first, it looked like something was wrong. Because we only saw a white photo paper. But when my father waved the photo a little through the air, our outlines slowly but indeed became visible. It was incredible: I held my first instant photo in my hands. At the time, it was like I had just taken my first selfie.

Because the technology was outstanding for the times – at least for me! After all, it usually took weeks before you could see the result of a photo live and in color. This is unimaginable in today’s smartphone times. But in my childhood and youth, we usually took an entire film first, then developed it, and then had to wait a few days until the photos were ready. On the other hand, the Polaroid camera had already integrated the development process into the device.

“Poles” Have Always Been Something Special

In all fairness, it has to be said that the Polaroid camera is much older than mine, and the technology was far from new when I first saw it. The inventor of the technology, the US physicist Edwin Herbert Land, presented its development in February 1947. Before that, he had already developed the polarizing filter and founded the Polaroid Company. The first Polaroid cameras were available to buy from 1948.

Until 1963 the pictures were also still in black and white. And even then, there was still a negative filter that could only be removed according to a very detailed schedule. I haven’t seen any of that again. I only know the version with integral film.

But this film was still relatively expensive in my time. We didn’t use the Polaroid camera all the time, but rather on special occasions – for example when there were visitors, and we wanted to give our guests a photo directly. To be honest, one also has to say that the quality of the pictures was rather mediocre. But for me, it was a highlight every time the Polaroid camera was unpacked. I just never got tired of enjoying how quickly the “poles” became visible.

The Decline And Comeback Of The Polaroid Camera

But at some point, the time of the iconic instant camera seemed to be over. The company was too slow in the 2000s to adapt technology to digitization. And so the last Polaroid film came off the tape on June 17th, 2008. There was even a Polaroid bankruptcy proceeding. But since 2010, there seems to be a comeback of the Polaroid cameras. This year, the company presented the artist Lady Gaga as the new creative director and new models.

The company currently has several new “instant cameras” on offer. They are still analog but much smaller, more manageable, lighter, and significantly better image quality. A “pocket-sized” digital printer has also been available for several years, and in 2016 Polaroid launched an iPhone app called Swing.

Even if they don’t seem so practical these days, I’ll admit that I’m nostalgic, and I’m happy that the cameras are still around. And who knows, maybe one day I’ll treat myself to my own Polaroid camera.

ALSO READ: This Is How The Netflix AI Works, Creating & Rating New Series And Films