HomeAPPSDefamation On Facebook, How Your Company Can Defend Itself
APPS

Defamation On Facebook, How Your Company Can Defend Itself 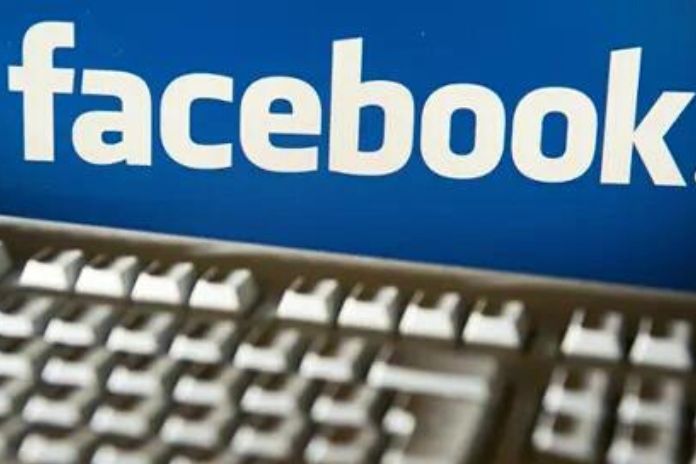 Even legal entities such as companies, organizations, or associations may be subject to the crime of defamation on Facebook as established by art. Five hundred ninety-five of the penal code. Social media, particularly Facebook, allow everyone to express their opinions, applying blocks and restrictions limited to topics and themes such as instigation to suicide, violent and discriminatory content, and cyberbullying. And other forms of violation of the Platform Community Standards. The control of such violations is entrusted to the Facebook algorithm’s activity and user reports. However, there are many less explicit forms of defamation on Facebook, and a comment or review can cause offense and damage to the image of people and companies.

Natural persons and legal entities such as companies, organizations, or associations can be considered an offended party, as established by art—595 of the Criminal Code regarding the crime of defamation by Facebook. When defamation is directed at companies and associations, we speak of groups of persons with legal personality, which is why a company has its rights and duties, just like any private citizen. In this case, instead of damaging the honor of the legal person, we will speak of damage to the image and reputation of the company.

What Is The Difference Between Slander, Defamation, And Insult?

Insult is an insult directed directly from one person to another. In the case of a company, this can be, for example, the outburst of a customer, an employee, or the attack of a competitor. It is a decriminalized crime that belongs only to the civil sphere. Suppose the injury is considered to derive from justified anger (for example, an incorrect treatment by the company or an exchange of equal insults). In that case, the crime is not regarded as punishable.  The slander is an unfounded accusation, for which it is asserted that the company has committed a crime without this being true—for example, accusing a farm of illegal hiring, a local of violating safety regulations, a tax evasion professional, etc.

Finally, we speak of defamation when someone deliberately disseminates information that damages the brand’s reputation. Sharing such information through Facebook can constitute a hypothesis of “aggravated” defamation as this method of communication has the potential capacity to reach an indefinite number of people, which is why the aggravating circumstance of the ” advertising medium ” is applicable. Defamation via Facebook can take place:

Defamation Crime: When Is It Triggered?

To talk about defamation on Facebook, it is necessary to establish its scope by analyzing its content and form, relating the message to the temporal context and the circumstances in which it is placed. The hypothesis of a crime of defamation can be configured in the presence of the following conditions:

How To Defend Yourself From A Libel Case On Facebook

If a company believes that it has been defamed on Facebook, it can first inform the social network of the incident, reporting the author of the defamation. This can be done in three ways:

What Criminal Actions Can Be Taken In Case Of Defamation On Facebook?

The crime of defamation, even online, is governed by c. three art. Five hundred ninety-five of the Criminal Code, and in particular sentence number 24431/2015 of the Court of Cassation, highlighted how the publication of an offensive comment on Facebook falls within the crime of aggravated defamation “using the press or any other means of advertising, “Punished with a fine of not less than 516 euros and imprisonment from 6 months to 3 years. Therefore, the defamed company can legitimately complain by contacting any Carabinieri station, the Postal Police, or the Public Prosecutor’s Office of the competent Court at their residence. Suppose you choose to take an action of this type.

In that case, maximum precision will be required in clearly indicating the defamatory content of which the company has been the subject, the author (profile or page), and the related ID code assigned by Facebook, following this procedure. According to the Supreme Court, moreover, it is essential for formulating the complaint and any related conviction to ascertain the IP of origin of the defamatory post, as failure to verify the IP address does not allow to proceed with the maximum degree of certainty. Possible to attribute responsibility, particularly when a nickname has been used for defamation or a fake profile. The IP address is a unique numerical code assigned to each electronic device at the time of its connection to the network, thus allowing it to trace the access point.

The content deemed defamatory cannot be referred to the accused without a formal confirmation of the IP address of origin. To speak of defamation, it is necessary to demonstrate the untruthfulness of the defamatory content, using witnesses and providing a print, a photograph, or a screenshot of the offending post or comment. To this must be added any demonstrations of the financial damage suffered by the company (e.g., disputes or waivers by customers, revocation of contracts, requests for reimbursement, or other evidence of loss of earnings).

The deadline for filing a complaint is three months from the crime hypothesis. Once the investigations have started, thanks to tracking the IP address, the investigators will have no difficulty identifying the perpetrator of the defamation, even if a false profile has been used. There are also ways to mask the IP address, but in general, these techniques are now widely known and can be circumvented by the Postal Police, IT experts, etc. To identify the IP address of the perpetrator of the offense, the investigators will formally ask Facebook for access to the servers that host the profile or page on which the crime was committed and any other information, things that generally, in the case of criminal investigations, the management of the social network concedes without particular difficulty.

Criminal trial and civil action Once the Public Prosecutor has recognized the hypothesis of a crime, the criminal action will proceed ex officio up to the application of the penalty, without the company having to take other steps, unless it intends to undertake an alternative civil judgment. in an autonomous form. This option, to be verified through specialized legal advice, can allow the company to file a civil action solely to obtain compensation for the damage. If a criminal trial has not been initiated, the civil judge will have to ascertain the existence of the offense.  Providing clear evidence of the damage suffered is even more pressing in this case.

In a situation in which the offense is evident, but it is difficult to quantify the injury, the defamed company may, in any case, ask for compensation In summary: the criminal trial starts when the hypothesis of the crime of defamation arises and proceeds autonomously, often with particular rigor as regards the assumptions of responsibility. The civil judgment, which the company can resort to obtain compensation, generally constitutes a more protracted and expensive process, which points to less responsibility for the payment requested. It is advisable to carefully evaluate the actions to be taken, trying, if possible, to stem the crisis as quickly and efficiently as possible

Suppose the company’s reputation is consolidated enough. In that case, it will often be the other users who blast the author of the defamatory message, reporting it to Facebook and intervening directly in defense of the brand’s good name. In the most severe cases, if the damage to the image of the company is evident, and even more so in the case of economic repercussions deriving from defamation, it will be possible to make use of the provisions of the criminal code and initiate criminal proceedings and a possible civil suit.

Read Also: What Is Phishing, And What To Do In Case Of An Online Scam?