AI Instead Of Humans: How The Simpsons Voices Generated In Future 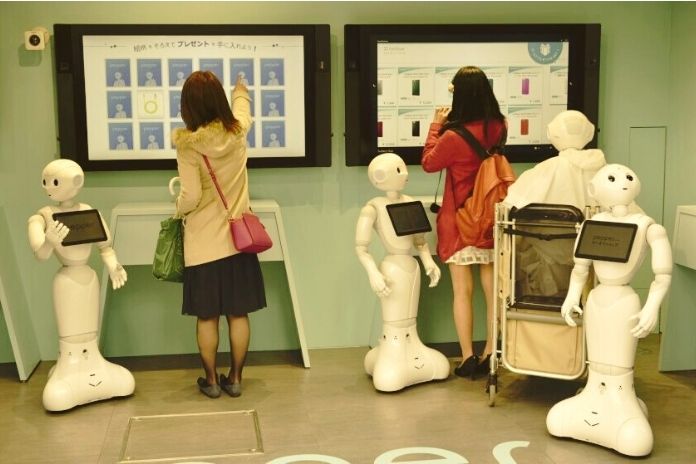 AI: The Simpsons have been around for over 30 years. But while the characters in series don’t age, the voice actors are getting on in years. The producers are now considering generating the Simpsons voices using artificial intelligence.

Whenever there is a change in the voice actor of a Simpsons character, that is one thing above all for many fans: unusual. Numerous speakers have accompanied the yellow cult figures for several decades. But that is precisely where the problem lies.

While the characters in the series generally don’t age, numerous speakers are getting on in years. Therefore, the producers are considering the use of artificial intelligence (AI) that could replace the human speakers of the Simpsons voices with the help of the sound archive.

But a financial aspect also plays a role in the considerations. While the cost of the speakers in 1998 was around 30,000 US dollars per episode, in 2008, they were already approximately 400,000 US dollars.

That is too much for the executing production group Fox. True to the motto “eat or die,” the producers decided to cut the salaries of the Simpsons speakers by 30 percent.

Except for Harry Shearer, who lends his voice to several Simpson characters, most speakers relented due to a lack of alternatives. According to a Wired report, Shearer finally gave in and agreed to the drop in salary.

Will AI Generate The Simpson’s Voices In The Future?

Over the years, numerous Simpson speakers have earned well with their voices. Many of them book additional income through repetitions thanks to corresponding contractual clauses.

At Fox, the question is now whether the producers will in the future even be dependent on human speakers. After more than 30 years, you have enough audio material to feed Artificial Intelligences and technologies.

In the long term, the producers would, on the one hand, save the salaries of the speakers. On the other hand, the fans could hear the Simpsons voices they are used to, independently of a human speaker.

AI-Generated The Voice Of Edna Krabappel

The production company Fox has already had initial experience with artificial intelligence and computer-generated voices in the recent past.

After Marcia Wallace, the spokeswoman for the character Edna Krabappel (Bart’s teacher), died in 2013 due to pneumonia, the character died a serial death. In a more recent episode, however, Krabappel was brought back to life with the help of audio recordings and artificial intelligence.

In principle, such an approach could theoretically be continued with any character. The only requirement: there is enough audio material. However, that should be the case with most characters.

You can produce an episode of The Simpsons in which the characters’ voices are believably set to music.

The AI researcher recreated a Simpsons episode for his YouTube channel and simulated Homer’s voice with the help of artificial intelligence.

His work is based on a specially developed, generic audio model with which he can theoretically convert any text into an English-speaking voice.

To generate a voice, McSmythurs trains his program for around three hours a day and feeds it with texts and corresponding data. As in the case of Homer, the program then spits out several different recordings, each of which sounds slightly different.

And indeed: Many of the voices simulated their sound deceptively real. However, after listening for a long time, they sometimes seem emotionless.

According to McSmythurs, this is directly related to the training success of his model and the amount of supplementary data. The more data he feeds into his model, the better the result.

In principle, it is possible to bring individual series characters back to life through artificial intelligence. However, the AI ​​researcher (still) rules out producing entire episodes with the help of the technology.

So, at least in the short term, the voice actor’s profession is not an obsolete model. However, individual figures and short passages can already be authentically simulated with the help of new technologies.

ALSO READ: Remote Work: The Work Model Of The Future

Artificial Intelligence: Companies Find The Right Solution In The Confusion