AI, Big Data & Digital Innovation: How Industries Are Changing As A Result 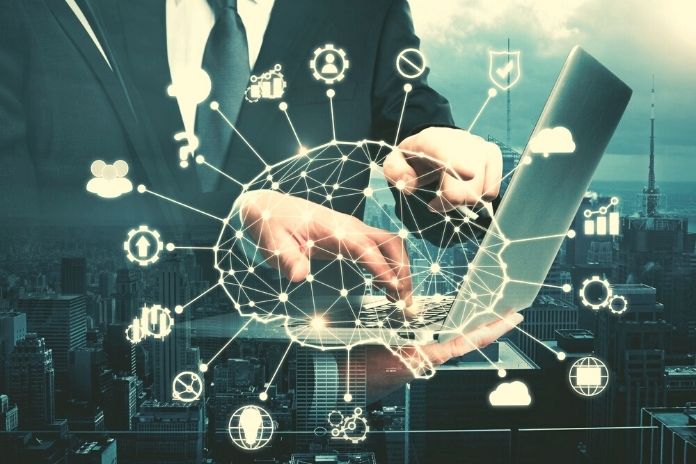 Digital Innovation: One of the fastest developing technologies today is the so-called AI, advancing at great strides in recent years. Big data is an essential catchphrase that is familiar to many people. This is about massive amounts of data, the processing of which would make scientists sweat if they had to analyze the data without technical help. This means that the future of the digital world lies in the interaction of AI and BD (Big Data).

In this environment, many entrepreneurs are exposed to high pressure, and their heads have been smoking for a long time concerning possible future scenarios. Which industries or sectors will continue to rise with the help of digital innovations? Who will be left behind, and how can one prepare for this change? The following article deals with these questions.

Digital technology is permanently changing the world as we know it today. A new painting of the future is being designed now, although the development of AI is still in its infancy. Current investment in digital technology is high, and it is believed that the capital invested will increase exponentially with each passing year. A lot is going on in this regard in the following sectors:

Traffic is the blood that flows incessantly in the veins of our digital civilization and must continue to flow. We have already seen self-driving cars from Google, Tesla, and Uber that are currently not yet legally permitted in many countries. But in just a few years, the driver, which is currently compulsory, could be replaced, and the number of “smart cars” could increase rapidly.

Not only will this affect the way we move around, but it will also affect the entire flow of goods. Some jobs will therefore disappear, others will be added. This is an exciting evolution for entrepreneurs in this industry – you can’t miss this chance because this development will affect not only private transport but also truck, train, bus, and air transport.

Self-driving metros are a foretaste of where the journey could go. In 2015, subway trains without a driver already carried around one billion passengers, rising the trend. France is a pioneer in this area, and five years ago, it was already using this self-driving system in five cities. The promising innovation has already made it into our present, whether Paris, Rome, London, Budapest or Copenhagen.

In this area, the possibilities that future technologies bring with them seem almost unlimited. Artificial intelligence can be helpful in operations or medical practice, for example. In Saxony, for example, the “Aracelis” project is currently being supported with around 1.5 million euros, the focus of which is a “Connected Assistant.”

This could already combine helpful information about the length of tumors with a live camera view during the operation. However, AI also brings many advantages in science because it has a decisive economic factor: Making forecasts more affordable.

Artificial intelligence can, for example, predict developments or search through a large amount of image material for signs of cancer within a short time. This, in turn, can help develop drugs faster or discover new treatment methods. Individualized medical treatments in particular benefit from such innovations.

This could drastically reduce costs in the entire healthcare system. Because the development of drugs using traditional clinical studies often takes decades and costs billions. AI can accelerate the process and thereby reduce costs.

Digital innovations such as Big Data and AI are already used daily in this branch of industry. The best-known example is the Google search engine. It searches countless sources within a short time for pertinent information and plays it back to the respective user within a few seconds – regardless of where they are.

Artificial intelligence has also long played a role in analyzing the consumer behavior of potential customers. For example, based on their previous orders on the Internet, the pages they clicked on, preferences, and interests, users are shown other suitable products that might also be of interest to them.

Like tailor-made advertising, editorial content can also be optimally tailored to the customer. It is foreseeable that these achievements will be needed even more and more intensively over the next ten years. Much is aimed at the trend towards individualization.

Even hundreds of people cannot carry out such quick analyses simultaneously. As in many other cases in the financial sector, these are algorithms capable of learning and are therefore constantly evolving. Artificial intelligence has already proven itself in trading because it can process a large amount of data and thus predict future trends.

Such technologies can also recognize patterns in the trades and indicate a possible repetition in the future. As seen from the examples, AI is already being used to make financial decisions easier.

The market segments mentioned here are just a handful of examples – a lot is constantly on the move and will change fundamentally over the next few years. In 2018, for example, global sales of artificial intelligence were still 7.3 billion US dollars, but experts say it should be 90 billion by 2025.

For many people, this means rethinking. You have to adapt to the new circumstances and, of course, develop yourself further. Some will retrain or start new training in digital business because this change is comparable to the time of the industrial revolution. The age of digital business innovation has dawned.

ALSO READ: 5 Reasons Why You Should Use PDF Creator