HomeTECHNOLOGYWhy Are We Afraid That Others Will Know Our IP Address?
TECHNOLOGY

Why Are We Afraid That Others Will Know Our IP Address? 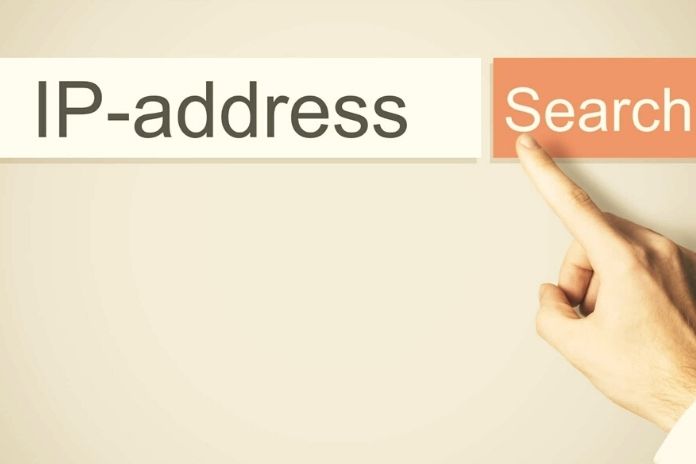 It seems to be common knowledge on the internet that you have a security problem if hackers know your IP address. Only In majority of cases, this is a fallacy! Why do we believe that anyway? And what are the real risks?

Jack Bauer tries to save the world from a massive terrorist attack. To find out where the terrorist organization is hiding, he calls his computer expert Chloe. Ten seconds later, Chloe has the IP address on her screen and sends Jack Bauer the exact address.

TV scenarios like the series “24” lead many to believe that it is a security risk if others know our address. Only: That’s not true. Why is this myth spread anyway, and what are the real chances if someone hacks an IP address?

What Does An IP Address Do?

An IP address is like the mailing address for your computer. Servers and computers use IP addresses to exchange information.

So when your computer is communicating with a website or a server – for example, because you are visiting a website or sending an email – the other side needs to know where to send the requested information.

The IP address shows the other servers the destination address. In that case, this is your computer.

My IP Address, My Data?

However, your IP address is usually not completely static. This means you can have one IP address from the set for your street this week and a different one the following week.

If someone terminates their Internet connection, this IP address can, in turn, be passed on to another household. So, in and of themselves, IP addresses don’t say very much about you first.

These Risks Exist With IP Addresses

At the same time, it is then quite possible to find out the exact location of a particular device via targeted port attacks and thus also the address or other data.

Necessary: The address alone does not provide a hacker with much ammunition. It is, therefore, only a security risk if hackers not only know the IP address but can also find out more data about it.

I Know My IP Address: What Now?

So it’s not entirely unthinkable that someone knowing your IP address can cause harm. But it is not particularly likely. First of all, there are many protective mechanisms for such attacks: in your modem and on your computer – for example, via a firewall.

However, if there are gaps in these protection systems, an IP attack can, of course, also be successful. However, an attack via IP addresses is relatively complex. There are much easier methods for hackers to take you out so that most of them don’t care about your IP address.

But why do we keep hearing that hacked IP addresses are an enormous security problem?

The Myth About Hacked IP Addresses

As mentioned earlier, hacked IP addresses are the key to finding criminals in many TV series and movies. Only: In reality, it would never work the way it does on the screen.

First, you would need a court order to hack the address in most cases. Second, it would take longer than ten seconds, and third, there are much easier ways for the police to find out a person’s whereabouts – such as the silent SMS method.

In other words: the hacked IP address is a stylistic tool for films and series and has more to do with dramaturgy and less with reality. Still, many of us have internalized this as a security risk.

But there are two other reasons why the hacked IP address myth is spreading.

If you don’t know precisely what you can do with an address – and what you can’t – and watch one or two crime stories, you quickly get the idea that it is a security risk if hackers know an IP address.

This is precisely what intelligent criminals use very deliberately. They send scam emails claiming they found your IP address. This threatens you, your family, and your home – unless you pay them money.

If you don’t know that this is grossly exaggerated, you may even pay, and that’s precisely what criminals hope for when they spread the myth.

As I said, it is impossible for someone with your address (in combination with other personal data!) Can cause damage. Only: Then you would just be stolen. Nobody would warn you so that you can protect yourself.

In addition to films, series and hackers, VPN providers also spread the Rumohr that you have to protect your address. Of course, there is also a sales strategy behind this.

Consumers are told that there is a glaring security loophole that a company can close. Of course, that makes your service much more attractive. But your modem and your computer are already very well protected against IP attacks. You certainly don’t need a VPN server for that alone.

Of course, extra protection doesn’t hurt, and VPN servers also have many other advantages. There are also various reasons why it can make sense – apart from cybercriminals – to conceal your IP address.

But if you only want to protect your IP address from hackers, you don’t need a VPN service.

Conclusion: Knowledge Is The Best Protection Against H]ackers

This shows that the fear of hacked addresses is exaggerated and is (deliberately) fueled from various sides.

While there is some risk with an exposed address, it is minimal and manageable. This, in turn, means: the better you find out about technology, the easier it is for you to assess the security risk.

ALSO READ: IT Security In Companies: Help For Self-Help?