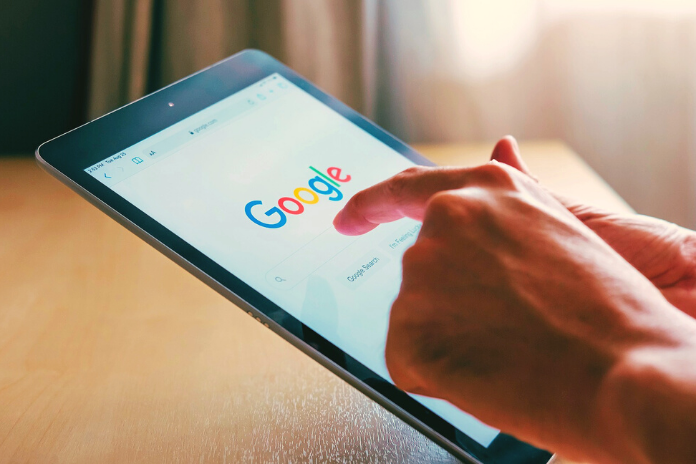 Google updates are famous & feared. Because success of a website often stands & falls with them. Which updates were particularly extensive? We look at the most important algorithm changes over the past ten years.

Do you remember the beginnings of Google Search Engine Optimization (SEO)?

Since then, the algorithm has become more acceptable and more intelligent. For example, he increasingly recognizes whether a website is relevant and well designed or just spam. But one thing has remained the same with all the changes. This algorithm still decides which results are displayed in which order when a search query is made.

Accordingly, changes to this algorithm often confuse when your website is accessed via Google. This even sometimes applies when your content is excellent.

That’s why the Google updates aren’t just popular. Because they often also mean that you have to adopt an entire website to not drop too much in the ranking.

It has to be said that Google is constantly changing something in its search engine algorithm, and we often do not notice it. But the significant Google updates rarely leave the internet without a trace.

We, therefore, look back at the eleven most significant algorithm changes over the past ten years.

One of the essential previous Google updates was “Panda” from 2011. Because it finally put an end to the keyword madness.

The focus was apparent: rewarding quality, unique content and punishing annoying websites. Content farms, for example, which merely stuffed texts with specific keywords and produced a lot of meaningless content, were left behind.

Panda also introduced an internal evaluation of websites. There were (presumably) high scores for the pages that were particularly popular with users. This score also determines how high you land in the ranking in the search results.

Finally, in 2012, Penguin ensured that another extremely annoying SEO method was no longer successful: spam links.

Until then, links to a website were considered pushes regardless of the form. Because if many users link a website, the content has to be good after all. The algorithm rated links as positive.

The problem: Some then tried to place links to their website everywhere. In the comments. In forums. With reviews.

However, the update ensured that the Google algorithm now assessed the quantity and the quality of the links. The algorithm can currently even recognize whether links are relevant or trustworthy.

This is because the algorithm used to punish websites displayed too much advertising. After all, most people on the internet find this annoying. Accordingly, Google improved this to guarantee a better user experience.

Hummingbird was a decisive step in the Google updates: away from automatic scoring for different words or features in a text and towards a better understanding of our language.

The update ensured, for example, that Google now understands relationships better and recognizes that a text about skiing will most likely also contain words such as snow, mountain or winter.

Therefore, websites that filled meaningless content with the keyword “skiing” alone were punished. At the same time, Google was able to show users more suitable results for their search queries.

The Pigeon update experimented for the first time with a phenomenon that we can now increasingly observe in the Google universe (but also beyond): the importance of the location of the search query.

Because if someone Googles for the term “supermarket”, they most likely want to shop in the immediate vicinity and not find the best website in the world on the topic of “supermarket”.

Since then, local search has been firmly anchored in Google search. With Google Maps, you’ll find this feature if you are looking for “close to me” for things or places.

The name of this Google update shows why the changes in the algorithm can also cause a lot of chaos. With this update, Google decided to reward the mobile-friendliness of websites because of the increasing number of mobile users.

Individual websites (not complete websites) that worked well on mobile devices moved up the ranking accordingly. Pages that were not played correctly on mobile devices were sometimes completely deleted from the search results.

Google is now using the Mobile-First Index to rate the mobile-friendliness of the entire website.

Rankbrain again focused on the relevance of the displayed content concerning the search query. To do this, Google used Artificial Intelligence (AI) to better understand the best possible results, depending on the search query.

The algorithm should also learn better from previously unknown search queries. Rankbrain is considered the third most crucial ranking criterion on Google.

Fred is one of the Google updates that the company has not officially confirmed. Gary Illyes, “Chief of Sunshine and Happiness”, once jokingly said that all Google updates would be called Fred.

For example, the unconfirmed Fred update allegedly targeted websites that did not offer users any added value because they were overloaded with advertising.

Bert is, without a doubt, one of the most significant Google updates of all time. It influenced every tenth search query.

Google was concerned with understanding more complex long-tail searches and showing better results. With the help of Natural Language Processing (NLP), this time, it was less about punishing bad websites and more about bringing the algorithm closer to human language.

After Bert, the algorithm began to analyze words in the context of a sentence increasingly.

In May 2020, a Google core update came in the middle of the corona pandemic. This affected the search results displayed. In particular, websites in specific industries, such as finance or health, appeared to be involved.

Some experts believed that the Expertise, Authority and Trust (EAT) quality standards were essential for the updates. Others thought that Google improved a previous EAT update, which dropped high-quality smaller websites in the ranking because their backend was not mature enough.

Just a few months ago, Google carried out another core update. Again, it was about to EAT. Economy, industry, beauty and fitness, as well as internet and telecommunications, then performed better. Shopping, encyclopedias and news, on the other hand, fell.

The goal was to penalize websites with little content and a weak brand.

Google Updates: What Can We Expect In The Future?

There’s no end in sight to Google updates. The Group has been A Further update with the new Google Web Core Vital for May 2021 announced.

Factors such as SSL certificates, loading speed and mobile-friendliness should become more critical. The Core Web Vitals will also be explicitly measured.

Anyone running a website may find one or the other update annoying. But at the same time, Google is always concerned with rewarding websites that offer users excellent and sophisticated content and do not annoy them with spam or advertising.

You don’t have to worry too much before the Google updates if you already do that. After all, the Google algorithm and website operators should be about the same thing: producing high-quality content.