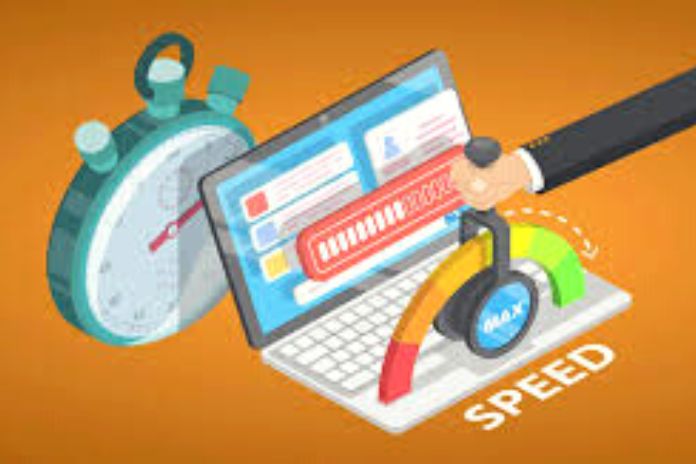 How Is Bandwidth Measured?

To measure the bandwidth available for download, a small binary file is typically downloaded from the web servers of these services to the browser. Based on the results, a subsequent larger file is chosen so that the actual test typically lasts about fifteen seconds. The so-called “throughput” is measured several times per second, and the final figure is calculated as the result of a moving average. The concept is also similar to measuring the upload bandwidth by sending a small set of random data to the servers of the chosen service. After reading these data, a further transfer of a “heavier” file is typically performed, allowing the average value to be obtained at the end.

Before Starting The Tests

Before running a speed test of your connection, disconnect all devices (or deactivate the activities in progress). For best results, any background applications or programs should be closed (any action may affect results). Also, disable any Firewall and Antivirus. Below are the differences between some of the most well-known tests for measuring bandwidth on the internet.

It is one of the best-known tests and allows you to check the available bandwidth from a website and through a dedicated utility for Windows or macOS. From the site in question (starting from here ), it is possible to select 17 different languages ​​​​and create an account (helpful in keeping track of changes over time). The service displays the actual maximum download and upload speed and elements of interest to more experts, such as ping, jitter and packet loss. Technically for latency and jitter, the round trip time (RTT)m is taken into consideration; in other words, the time needed to send a few tens of packets to the server and receive a reply, the result is expressed in milliseconds.

In a technical support document, Ookla explains how the ping test works, explaining that it measures the time it takes for the device to send and receive small amounts of data. Ping is reported in milliseconds (ms) (1000 milliseconds = 1 second). Typical values ​​for optical and cable connections are up to 20 / ms. For wireless (2.4Ghz, 5Ghz, etc.) up to 30 / ms. Mobile connectivity can even reach over 100 / ms (depending on the type of connection used). Ookla deems sub-59ms optimal for online gaming.

The Ookla Speedtest can consider thousands of servers scattered in various countries where typically no limit is imposed on the bandwidth in transit to these services. It is the best-known and most helpful test for general purposes. It is not made by ISP or service provider and allows you to choose the host server from which to perform the test. Disadvantages include the use of technical language and the site’s being packed with advertisements.

This Netflix service provides an estimate of your current internet speed. Basic information is immediately shown by accessing this address (or downloading the dedicated app from here for iOS). Still, by clicking on “Show more information,” it is possible to view the upload speed and the connection latency (ping). FAST.com provides two different latency measures for your Internet connection: “unloaded” (with no traffic conflicts) and “loaded” (with traffic conflicts). Like other services, to calculate the bandwidth speed, FAST.com performs a series of downloads and uploads to and from Netflix servers and calculates the maximum speed provided by our Internet connection.

You can check the internet speed globally on any device (mobile, laptop or smart TV with browser), and it is a test designed primarily for Netflix users (to offer the possibility of obtaining an estimate of the Internet speed provided by the providers of Netflix subscribers). Among the advantages of this service: are the absence of advertising banners and the possibility of verifying the bandwidth usable with Netflix; among the disadvantages is the fact that it is not a practical test to confirm the generic speed of the connections with your ISP and the absence of indications relating to the upload.

Google Stadia is a cloud gaming platform developed by Google and presented in November 2019, thanks to which it is possible to play streaming on various devices. As it is easy to guess, Google also offers the possibility to test connections (the service is only accessible via the internet with a minimum recommended connection of 10 Mbps, but even higher speeds are recommended for games with a resolution higher than 720p HD). In collaboration with Measurement Lab (M-Lab), Google offers a verification tool.

To play in up to 4K key, you need an active Stadia Pro subscription and a network speed of at least 35 Mbps. Hardware requirements are listed below. From this address, you can test the connection speed on the device you want to use in the place you want to play. If the connection speed is less than 10 Mbps or an unstable Internet connection characterizes our home, it is advisable to contact or change the provider. Performance options affect the video and audio quality of games and the amount of data you use.

Before testing, Google recommends you stop sharing current files or downloads and close other tabs or streaming services, such as videos and music. Google points out that the question test provides general indications of the quality of the connection but does not guarantee playability on Stadia. This one is for public use but primarily focuses on whether or not you can use Stadia.

The site in question (starting from here ) allows you to test the internet connection speed, regardless of the type of connection used (ADSL and optical fibre). Like other services, also, in this case, several steps are carried out to evaluate Download speed (speed in downloading a file on the network), upload speed (speed in file uploading), Response times (number in milliseconds of how much used our computer to get a response from the server). A test on multiple servers is automatically proposed, but if you want, you can change it, choosing from a list from which the distance from our position appears. Interesting details such as speed compared to other users and jitter.

The speed test lasts approximately 20-30 seconds to allow for the speed of the network and to quantify the bandwidth available for downloading (download), uploading (uploading) and response (ping). Only the ping test is available, an element of particular interest for those who play online and for Internet telephony. The developers of this service explain that the lower the ping data and the better the speed, an acceptable value is less than 50 / ms.