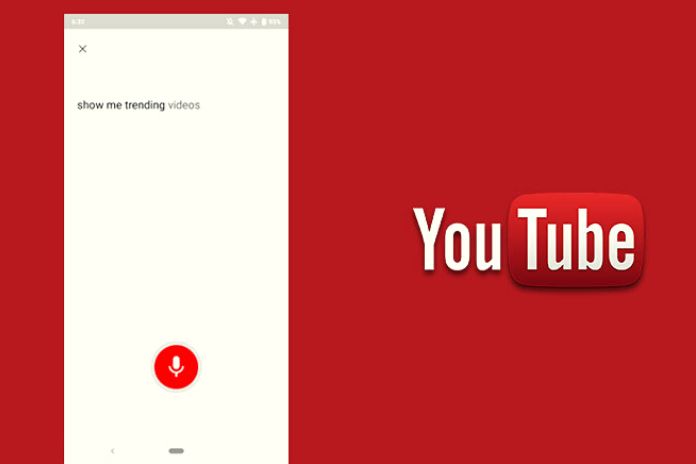 Among the latest YouTube updates 2022, a feature to improve voice search and playback of video content. One of the most visited websites in the world, but also a video-sharing platform, a search engine, an advertising platform, and a social media:  YouTube is this and much more. On YouTube, it is possible to create a channel in which to upload videos and monetize, become part of a community, follow the most well-known influencers (the so-called ” YouTubers “), listen to music, watch an episode of your favorite web series and promoting your business, all this without ever leaving the platform.

Founded in 2005 and acquired by Google in 2006, YouTube today has around 2 billion monthly active users and over a billion hours of video watched daily. Impressive numbers have made the well-known streaming platform the second-most-visited site in the world and the second-most-used search engine. Despite the presence of numerous competitors, when it comes to streaming and video sharing, YouTube is undoubtedly the first name to flash in users’ minds, confirming its absolute market leadership. In almost 15 years of honorable service, the Big G giant has always been in step with technological evolution, adapting to users’ requests first and then of companies, with new features and continuous updates.

The rise of digital voice assistants, from Alexa to Siri, through Bixby and Cortana, has made voice search a method of research and approach to search engines increasingly central to the user experience. Easy to use, more intuitive, and faster, vocal search, thanks to the implementation of artificial intelligence, allows you to translate natural language into a specific user request and is one of the sectors in which companies in the technological world are investing more. Google knows it well, one of the pioneers of this technology, which, after the news of the new Google Assistant presented at Google I / O 2019, has also announced improvements to the YouTube streaming app.

According to Android Police, from version 14.20.54 of the video streaming application, voice search on YouTube will be faster and wiser. The platform can instantly recognize and interpret the user’s request thanks to the new update. Also, instead of just providing a list of possible results, the application will now play the searched video content without having to start playback manually. To use the new voice search function, which seems to be limited to the English language, you will have to access the application from your device, click on the microphone icon at the top right, and say “play,” a word followed by the name of the content that you want to play, whether it is a specific title or a more general search. The most exciting news of the latest

YouTube 2022 updates is this: it will not be necessary to know exactly the name of the video you want to watch, but you can also make more complex requests, from the latest single by your favorite artist to the trailer for the Oscar-winning film. The artificial intelligence behind the new voice search function will be able to recognize individual words and interpret the request, providing the most suitable video content to satisfy it. They are changing the algorithm on which the vocal search is based and the graphical interface, which will become more straightforward and intuitive. In particular, you can see how YouTube’s new voice assistant takes up all the screen space and has a red microphone instead of a blue one. If the new user interface is already available on all Android devices, the same cannot be said of the latest speech recognition functions, which are still in the test phase.

YouTube Bumper Machine is the latest news launched by the Mountain View giant as part of Google Marketing Live, Google’s annual event for advertisers held on May 18, 2022, at the Moscone Center in San Francisco. The latest YouTube 2022 updates allow you to generate clips of a few seconds from longer video material. How? Advanced machine learning models can identify the most exciting scenes of the video in question (such as action scenes or scenes containing references to a particular brand or product) and rework them in advertising formats of just 6 seconds. Before saving the final announcement, the user can choose between the different variations and make changes. YouTube’s Vice President of Product Management – on the company’s blog, ” Since we introduced six-second bumper ads in 2016 to help our customers reach more users on mobile devices, we have realized that this type of ad has turned out to be much more effective than we expected.

However, producing six-second videos takes time and resources that not all companies have. From a commercial point of view, creative agencies and small and medium-sized enterprises are the targets of the latest YouTube update, which wants to present itself as an indispensable resource for producing quality video content quickly. According to the official post, agencies and medium-sized businesses already have the skills and resources to create bumper ads from scratch and can quickly use the new tool to produce ad previews and tests. As for small businesses, thanks to the YouTube Bumper Machine, they will be able to enrich their library of original content and test video ad sequences. A significant blow to the production facilities and an excellent opportunity for all advertisers.

Also Read: Blockchain For Business: How Are Companies Using Blockchain?