HomeBUSINESSWhy 5G Is Leading Companies Into A New Era
BUSINESSTECHNOLOGY

Why 5G Is Leading Companies Into A New Era 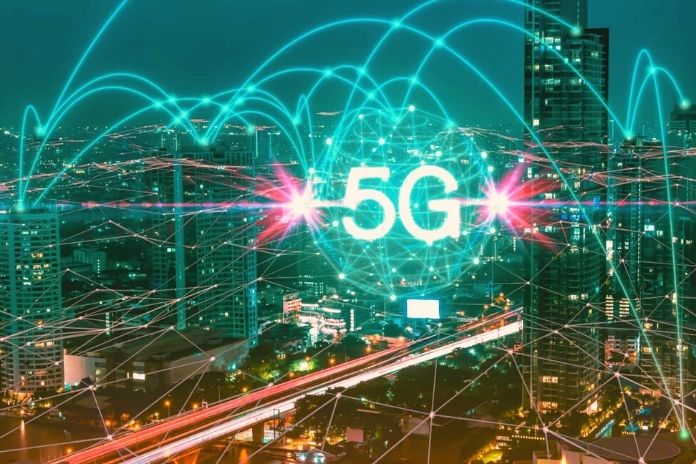 5G is the fifth generation of mobile communications, the successor to the current 4G standard, & forms the basis for extensive digitization, of all areas of life. In addition, it will firmly anchor Industry 4.0. Industrial companies worldwide rely on 5G connectivity to implement their digital transformation because this 5G technology has some advantages.

The auction of 5G licenses brought in almost 6.5 billion euros for the federal government. As of now, the providers can push ahead with expanding the network.

For companies, the new mobile communications technology brings enormous performance advantages: First of all, 5G will mean a considerable technological leap forward that cannot be compared with the change from 3G to 4G. The fifth generation of mobile communications can achieve a transmission speed up to 100 times higher than LTE.

Likewise, multiple different things can be linked because of a massive higher capacity. Side effect: networked devices have significantly less downtime than before. They consume less power, and data is transferred in real-time.

5G brings five key improvements: data rates of 10 Gbit / s are possible. The use of new frequency ranges, more frequency capacity, data throughput, and latency times of less than a millisecond can then be implemented.

The prerequisite for this is considerable changes at many elementary points in communication transmission.

Specific applications can already be implemented with earlier 5G versions. Even the highest data rates or latencies of around a millisecond could already be achieved in tests.

These Companies Benefit From 5G

Individual branches of industry such as manufacturing will be the first to integrate 5G into their everyday lives. Here, of course, predominantly companies need a stable and fast network at their locations.

For them, all data from numerous machines must be safely monitored and evaluated in real-time. 5G will also be superior to your own company WiFi network, and in terms of speed, it will be comparable to that of fiber optic networks.

The control of machines in real-time and the service area is being revolutionized: Thanks to high-performance broadband and augmented reality (AR), it will be possible to staff and optimize service with employees who are independent of location.

From supply to operational control to logistics: 5G offers the highest level of performance for all stages along the value chain.

The bad news is that it will take some time to establish itself in cellular networks. But companies can already prepare for this in a targeted manner.

Now Set The Course So As Not To Miss The Boat

The nationwide expansion for the general public by the telecommunications companies will only be so far in a few years. According to the expansion requirements that network operators must meet, 98 percent of households, motorways, and many rail routes will be connected to the high-speed network by the end of 2022.

For IT, in particular, it is now of considerable importance to be prepared when 5G hits your own company.

5G will not be used across the board immediately, but it will represent a fundamental game-changer for digital transformation. Freelance IT experts should accept the planning of their own company for the new application possibilities as an opportunity with enormous potential.

In the future, they will be of enormous importance. They will be essential for the development of companies because 5G will drive a complex series of crucial topics for the future, such as automation, artificial intelligence (AI), the cloud, and the Internet of Things.

ALSO READ: Robots Automate The Material Flow In The Warehouse