The Computer Translates Brain Waves Into Language For The First Time 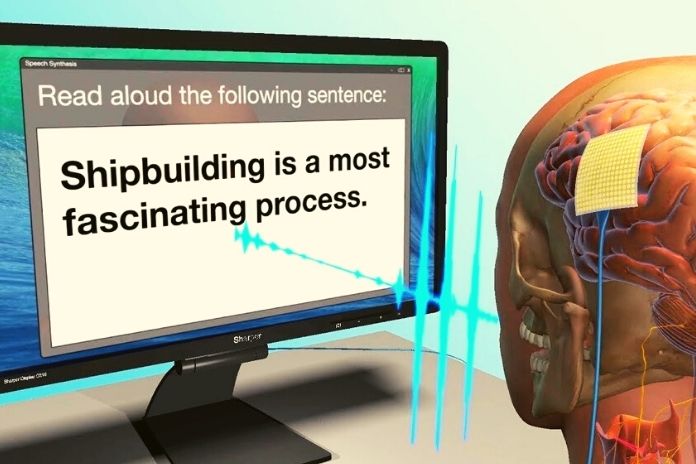 Computer Translates: In a world premiere, US researchers have, for the first time, managed to translate the brain waves of a person, with a speech disorder into speech using deep learning algorithms. Speaking your language back to someone with a severe speech disorder is extraordinary. This is precisely what researchers at the University of California in San Francisco have achieved.

They enabled a man who had lost his ability to speak due to a stroke 15 years ago to communicate again. This was made possible by a “neuroprosthesis”. A computer used deep learning algorithms to translate the man’s brain waves into words and sentences.

The study (funded by Facebook) was published in the New England Journal of Medicine. The successful result of the brain-to-language translation is unique in the world.

“To the best of our knowledge, this is the first successful demonstration of direct decoding, which decodes the brain activity of a person who is paralyzed or unable to speak into complete words.”

Anarthria is the most severe form of dysarthria, a neurogenic speech disorder. This can occur, among other things, after a stroke or through nervous diseases such as Parkinson’s. People can no longer make any sounds at all.

But even though Bravo1 is paralyzed and unable to speak, its cognitive brain function is still intact. The researchers used this as a basis for reading out his brain impulses into speech via a computer.

Whole Words Instead Of Letters

Usually, Bravo1 communicates through a pen attached to a baseball cap that he uses to type letters on a screen.

Previous research approaches have focused on letter communication. However, according to Cheng and his research team, this is very slow compared to everyday language. People formulate an average of 150 to 200 words per minute.

The scientists wanted to concentrate on whole words to speed up the communication process in their experiment.

Convert Brain Signals Into A Language

For this purpose, the team worked with Bravo1 to create a basis with 50 essential words, such as “water”, “family”, or “good”. The researchers then implanted an array of electrodes inside via the language centre in Bravo1’s brain.

Bravo1 should then try to say all 50 words while the electrodes were transmitting his brain signals. The researchers then fed these brain signals into neural networks.

And this is what the researchers finally taught with the help of artificial intelligence to translate brain signals into language. The words that the algorithm deciphered were, in turn, transferred word for word to a screen.

The success rate was very high. The system could transmit up to 18 words per minute with 93 per cent accuracy. Measured against the familiar rhythm of speech, this is still very slow. But compared to the previous letter systems, this is a breakneck pace.

A kind of “auto-correction mechanism” was also helpful, in which the system “guesses” words – similar to what we know from typing on a smartphone.

The research team has completed similar successful trials with people with limited but still present speaking skills. Bravo’s new series of studies is now aimed at people who can no longer speak.

Bravo1 is the first subject in this series of studies. In the future, however, the research team would like to work with more people with paralysis and various speech disorders and increase the vocabulary of the translation computer and the speed.

ALSO READ: This Is How You Recognize “Stupid” Digitization