Cloud Gaming: The Future Of The Gaming Industry? 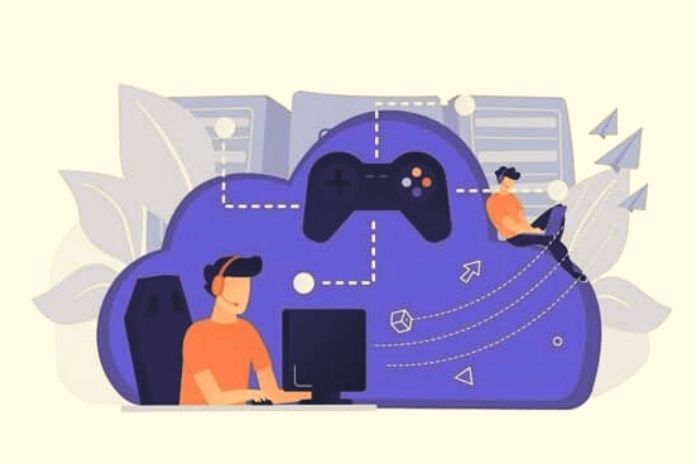 Cloud Gaming: Sony showed the way. The electronics company has been running a cloud gaming service for its game consoles since 2014. Microsoft only followed suit with the Xbox Game Pass a few years later. Now Google, Netflix, and Facebook are also daring to venture into the gaming industry.

Thanks to ever more powerful Internet connections, many companies are opening up new opportunities. The cloud gaming industry, in particular, is booming. Gamers can download and play higher-quality games almost anywhere.

The development has even gone so far that Sony and Microsoft offer consoles with the Play station 5 and the Xbox Series. Some even manage without a drive. But new possibilities are also opening up on smartphones, PCs, and televisions.

What Do You Need For Cloud Gaming?

The requirements for cloud gaming are different. However, you have to create an account with the respective provider as a rule.

However, not every game can be streamed on every device. Play station Now requires a Windows PC, a Play station 4 or 5. The service is not available on smartphones or Apple devices.

The GeForce Now and Xbox Cloud Gaming services, which work on almost all end devices, are much more flexible.

Numerous hardware and software manufacturers have recognized the trend in cloud gaming. Many companies from outside the industry are now following suit.

Google presented its gaming service, Stadia, back in 2019. However, the grand ambitions have so far fallen short of expectations. But that should change soon.

According to reports, Google aims to build one of the best platforms for gamers. As in many other companies, the tech group sees the streaming of games via the cloud as the gaming industry’s future.

To create more significant incentives, Google has adjusted the distribution of its income. From October 2021, 85 percent of the proceeds will go to the developers of the games.

After only individual titles could be purchased at Google Stadia initially, the company now also offers a subscription model.

Similar to the video streaming models from Netflix and Co., users of Google Stadia Pro have a certain contingent of games available, expanded monthly. The Chromecast service has also been available on Google TV and selected Android TV devices since June 2021.

Microsoft also offers gamers a subscription model for video games with the Xbox Game Pass. For a maximum of 12.99 euros per month, users have access to over 100 games, including all the EA Play programs. In addition to a Microsoft account, Game Pass requires an Xbox console or a Windows PC, depending on the game.

Cloud Gaming: What Are Facebook, Netflix, And Co. Planning?

Critics are skeptical about the development of gaming subscriptions. The industry could experience a similar fate as the music industry. Streaming models like Spotify ultimately led to a significant drop in sales.

But with Facebook and Netflix, two more big players are already pushing their way into the gaming industry. For example, Facebook recently integrated a cloud gaming service into its iOS app.

However, placement in the App Store failed due to Apple’s regulations. However, in contrast to the competition, Facebook’s plans still seem a bit immature.

On the other hand, Netflix seems to have more ambitious goals in terms of cloud gaming. The streaming service reportedly hired video game developer Mike Verde to break into the gaming industry. If Netflix has its way, the first games should be available to subscribers as early as 2022 and initially at no additional cost.

It is mainly about mobile games available on smartphones or tablets. Integration for smart TVs is also possible but has not been officially confirmed.

ALSO READ: The Best Cloud Storage At A Glance